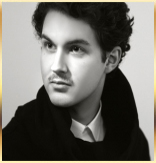 Michele D’Ascenzo obtained his Graduate Diploma with top marks and full honors at the “A. Casella” Conservatory in L’Aquila (Italy), where he studied with Elena Matteucci and where he studied also composition under Alessandro Cusatelli. He took part in several masterclasses held by Vincenzo Balzani, Grigory Gruzman, Pierre Réach, Lya de Barberiis, etc. He currently studies with Vsevolod Dvorkin and he regularly attends the lessons of Natalia Trull in Italy. END_OF_DOCUMENT_TOKEN_TO_BE_REPLACED

Alejandro Drago’s life in music began in his native Argentina where, as a small child, he accompanied his mother, a professional tango dancer, to the venues were she performed. His mother introduced him to Antonio Agri, who spent many years as a violinist with renowned composer and bandoneón player Astor Piazzolla. Agri recommended him to a member of his string ensemble who instructed him in the basics of music theory. He received a scholarship from the Russian government to study at Moscow State Conservatory under Marina Yashvili, and obtained his Master of Fine Arts in Violin Performance and Pedagogy. In 2008 he received a Master’s Degree in Violin Performance and a D. M. A. in Orchestral Conducting from the University of Southern Mississippi. END_OF_DOCUMENT_TOKEN_TO_BE_REPLACED

Vsevolod Dvorkin was born in 1972 in Moscow (Russia). He was 5 years old when he began to play piano. He attended the Music School for Children (where he has taught afterwards for three years) under the guide of prof. N. A. Petrova and later the Special Music School “Gnessins” of Moscow under the guide of prof. E. V. Tolkunova. He continued his studies at the Conservatory “P. Ciaikovskij” of Moscow where he graduated in 1995 with prof. V. V. Gornostaeva and prof. N. V. Troull. He participated in the master classes of K.-H. Kämmerling and S. Perticaroli. END_OF_DOCUMENT_TOKEN_TO_BE_REPLACED 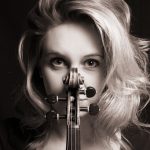 She started playing the violin at the age of four. It was in Karlovy Vary where she gave solo concerts at the age of six. In 1994 she participated in the Kocian Violin Competition and took the third prize. Since 1995 she has given concerts in Germany, Holland, and various towns in the Czech Republic. She studied with Roman Fedchuk at the Conservatory in Pilsen. Between 2008 and 2010 she took part in master courses of Robert Cani and Solomia Soroka. In August 2009 she won the competition for the second violin concert master of the International Student Orchestra, Trento, Italy. END_OF_DOCUMENT_TOKEN_TO_BE_REPLACED